KitchenAid Versus Kenwood, Which is Better?

Apple or Windows, Dyson or iRobot… KitchenAid or Kenwood? The debate often gets heated and splits buyers into two camps whenever the giants of the household world get pitted against each other.

For those of you who have been scratching your head or Googling your next appliance purchase for whipping up decadents sweet treats, I hope this article helps you in making your all-important decision. As the proud owner of BOTH a KitchenAid Artisan and Kenwood Titanium XL mixer for the past 3 years, I’ve put both mixers through their paces over the years and have collated my observations in this post for you. Whichever mixer you decide to purchase is entirely up to you and what’s important to you in the kitchen. I’ve analysed both machines from various aspects and hope the following observations help you get closer to picking the machine that’s the sweetest fit for you.

So the 2 machines that I own sit pretty closely in the price region. The KitchenAid Artisan 4.8L which I have currently retails at $899 but the cheapest I’ve managed to find online from an Australian retailer is $627 AUD. The Kenwood Titanium XL currently retails at $999 but by shopping around online, I’ve managed to find one at $799 and the slightly lower range Chef XL at only $499.

What I do want to highlight is that whilst the KitchenAid seems like the cheaper option at first glance, The Kenwood Chef XL and Titanium XL (basically, anything with an XL in the name) has a capacity of 6.7 Litres as opposed to the 4.8L KitchenAid Artisan.

So.. in discussing price, if we were comparing apples to apples, if would seem that the Kenwood provides a better bang for your buck in terms of volume.

There’s no denying… the KitchenAid is just beautiful. They come in almost any colour, tone, finish, pattern and has the ability to elevate the look and feel of any kitchen. Those slick lines and curvy edges have the ability to melt your heart into a buttery mess.

The Kenwood however, has a more utilitarian aesthetic. It is by no means ugly, but it certainly doesn’t scream “cool and sexy” like its counterpart.

In terms of power and mixing speed options, the Kenwood Titanium XL shows off with a powerful 1000W motor whilst the KitchenAid Artisan utilises a 325W motor. Don’t get me wrong, 325W is certainly more than sufficient for any home baker but when both machines are powered up at the same time, the Kenwood Titanium observably has a stronger mixing capability. The Kenwood also wins in terms of speed options. The speed dial gives a wider range of mixing speeds whilst the KitchenAid provides a sufficient, albeit narrower speed range.

Additionally, my Kenwood Titanium comes with a quirky, fun light function which illuminates the contents of my mixing bowl. Whilst this isn’t an absolute necessity for most bakers (in which a Chef XL model would suffice), I personally love it for filming my Cake Tutorials and Recipes.

Both mixers come kitted out with similar attachments such as a dough hook, beater, and balloon whisk, with the addition of a splashguard. The Kenwood mixer differs in that it also comes with a folding attachment, which truth be told, hardly ever gets used in my kitchen for the fact that this function is easily replicated with the beater on the lowest speed. 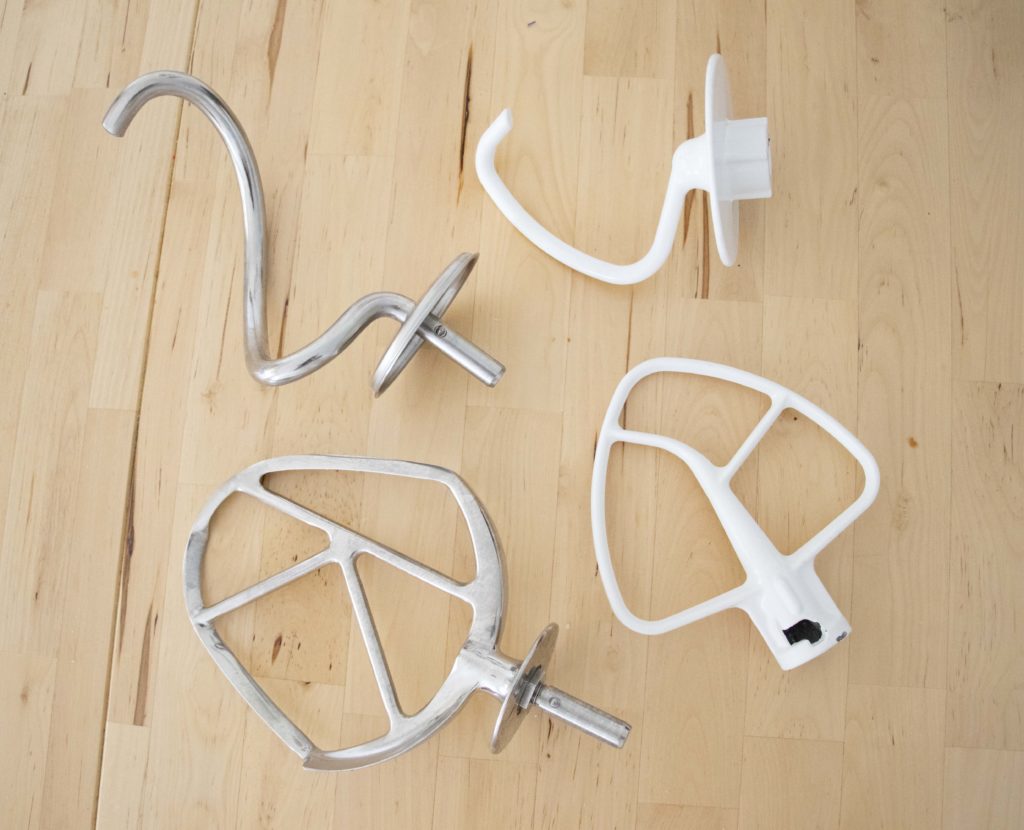 It is also worthwhile mentioning that the finish and durability of the Kenwood attachments are noticeably better than that of the KitchenAid’s. In the years that I’ve had both machines, my KitchenAid balloon whisk has had to be replaced when one of the prongs suddenly became detached midway through mixing up a cake (something that warranty took care of thankfully). The KitchenAid dough hook has also gotten a little tight and harder to attach and detach as the years have gone by. All Kenwood attachments have remained in perfect condition and attachment and detachment has remained the seamless despite being thrown in the dishwasher on a weekly basis. Both mixers have never given me any issues in the years that I’ve owned them and continue to whirr and operate as well as ever despite weekly use. The only noticeable deterioration has been in the attachments (as mentioned above) and in the noise levels in the KitchenAid mixer getting slightly louder in recent times.

Comparing the two, the KitchenAid certainly has a noisier engine than the Kenwood mixer. Also as mentioned, I’ve noticed  the KitchenAid getting increasingly  louder the longer I’ve owned it. So with that said, I much prefer using my Kenwood mixer when I need to whip up some cheeky midnight treats without disturbing my kids after bedtime.

I’ll leave you with my final thoughts on the matter… For a similar price range, I personally would say that that the Kenwood XL (Chef or Titanium) is a better mixer from a utilitarian perspective. The larger capacity bowl, stronger attachments, wider speed options and lower noise levels would mean that the Kenwood Titanium XL ticks all the boxes if you’re an avid baker who bakes often, and in large batches.

However, this kind of utilitarian machine might not be for everyone. If you’re a home baker who is looking for a stylish machine to complement your abode, then the KitchenAid will more than meet your needs. The KitchenAid would also be suitable if you don’t tend to bake large batches of cake at a time. I personally love using my KitchenAid for my weekend loaf cakes, small batch sponges and whipped mousses and in reality, find myself using my snazzy KitchenAid sidekick a little more frequently than the Kenwood (which is reserved for more bigger “project” bakes).

Remember that within each family of Kenwood and KitchenAid exist different models that may suit your specific requirements to a tee. At the end of the day, it comes down to how you’re going to use it, what’s important to you and which machine better suits your budget.

And if you really can’t choose, then well… perhaps one day you’ll wind up getting both! 😉

Love baking? Check out my Free Cake Decorating Bundle which will kit you up with my best-ever Recipes, Baking Guides and must-know Tutorials..all for FREE!

Here you will discover weekly blog articles, innovative techniques, my best ever (client lovin’) recipes, business guidance, time-saving tools and so much more! Everything to propel you towards becoming an all-round cake hero! Get ready to whip it real good. 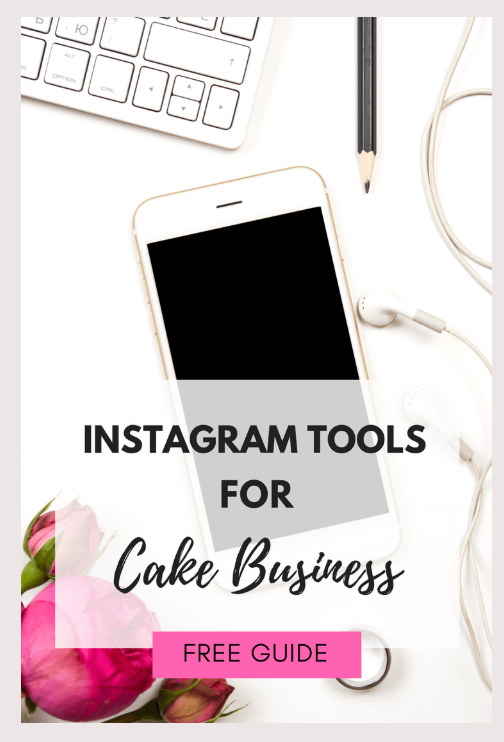